How I Know I am a Writer 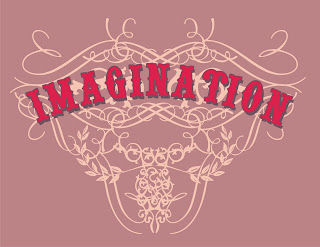 How I Know I am a Writer

I was sitting at breakfast going through emails and Facebook and saw a fascinating picture of a woman wearing nothing but her tattoos and brandishing a sword in each hand.
I show the picture to my husband and ask, “What is the point of this picture?”
I was really expecting something along the lines of a story line.
His answer, “It’s a picture so?”
My mouth dropped open. I couldn’t believe he didn’t see a story there. A reason for the tattoos and her fighting stance. I couldn’t believe he didn’t see more than just a picture, but a story full of fighting and strength. A women, fighting for who and what she was, against great odds. A family, or love waiting for her to triumph over evil.
When I explained that to my husband looked at me as if I was the person with a problem?!?
And then I realized, he doesn’t see the world in a picture of stories and plot ideas. How is that possible?
I was left starring at my husband of 19 years as if I had never seen him before.
How is it possible that people don’t see stories in pictures, in art, in music in the guy waiting at the same light with you, in the woman crossing the street? I really thought this was how everyone saw life. In varying shades of story lines.
I live in a world of imagination and have to live with the fact that not everyone lives their lives in the world of make believe. How sad is that? I would think life would be so boring not seeing something more something unimaginable in everyday things. So that is how I realized I was a writer, a story teller a believer of things that others don’t see.
Yes I live in a world of make believe and damn it’s a good place to live.